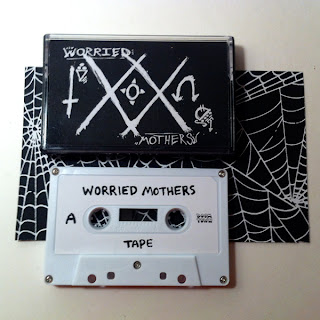 Out Now!!! -- Worried Mothers "Tape" Cassette. Psych-punk-goth Sewer City transplants stitch together broken equipment and broken dreams to grace us with 9 new songs. "Tape" is scary, noisy, dark... and also hauntingly beautiful and enjoyable. Hot off the rails from their sold-out 2012 self-titled cassette on Rainy Road Records, Worried Mothers recorded Side A at their home studio/practice space, and recorded Side B with Shawn Foree of Digital Leather at The Death Star. Limited to 100 copies. Cassettes include download code.
Buy a copy HERE.
Posted by Doom Town at 6:42 PM No comments: 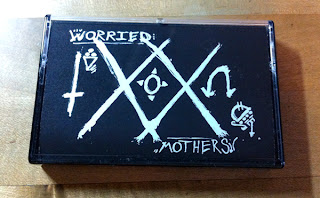 Worried Mothers new album, "Tape", will be out soon on Doom Town Records. Omaha's most interesting band offer up 9 new songs that will be sure to sacrificially destroy your cassette deck. Worried Mothers have a sound that is totally their own; a crafty mix of psych-punk, folk, and all out black metal. "Tape" is really really good. Release date and sounds coming soon.

Here we are in 2013…the world did not end on December 21st, 2012 as promised. Here we are with our dicks in our hands. Doom Town has had zero news to report for the last 6 months; nothing since the Baby Tears "Rusty Years" LP was released last August. Truth be told, we were not pursuing any new projects because we were planning on the End Times. Our team of accountants warned of plagues, flooding, grasshopper infestations, and a world where the few survivors live without electricity; therefore future Doom Town releases would prove futile. Boy, were we wrong. There was no rapture, there was no giant meteor, there was no nuclear apocalypse, flooding was minimal… and so remains the human race, along with Doom Town's back stock of releases. We are approaching 2013 with a fresh new outlook on life and a realization that our time upon this Earth has been extended beyond December 21st of last year. We are currently hawking our huge surplus of canned goods, AA batteries, and ammunition to generate capital so we can release some new music this year. Big things are going down at Doom Town in 2013. Expect frequent news updates as developments unfold… in the works we have Church of Gravitron's long awaited "Mass for Shut-ins" full-length, a new Doom Town zine, cassettes, multiple online singles with exclusive tracks, and more.

Baby Tears "Rusty Years" LP, available in our online store, was named by Drag City as one of the best albums of 2012. Omaha's The Reader also named Baby Tears one of the Top-20 bands in Omaha. Check out the full list HERE.
Why You Care: Chances are, Baby Tears hates you and well, that's why we like them. The trio creates heavy, black-cast noise rock, taught by professors from the school of Big Black and Birthday Party. The band's Rusty Years LP is an angry, noisy and at times, angular blast of uncompromised fury. The four-track recordings careen through a sea of static as it presents a pre-industrial sounding mash of post-punk and garage noise. It's such a stark move for both Jones and vonStup that its rendered their past band histories (The Shanks, Ladyfinger) irrelevant as points of sonic reference.
Check Out: "Ryan White", "Hypochondriac Wetdream" and "Stygian Witches" at doomtownrecordsusa.bandcamp.com.
-- Chris Aponick

In other news, our friends The Fucking Party(featuring ex-members of Perry H. Matthews) just released a killer new video. Check it out below. 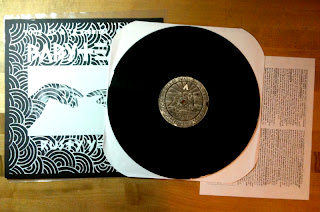 Baby Tears "Rusty Years" LPs are sorta out now. The release date was supposed to be August 21st, but the records showed up early... so why not?
(limited to 200 copies. black vinyl/screen-printed covers/2-sided photocopy insert/co-release with Rainy Road Records.)
www.doomtownrecords.com
Posted by Doom Town at 5:52 PM No comments: 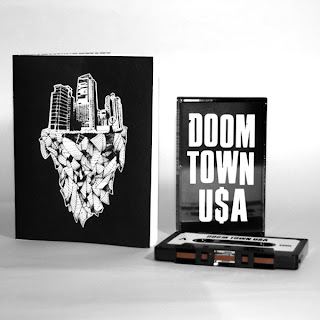 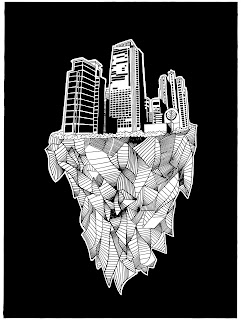 Hand screened junk culture for ungrateful slobs like yourself. We specialize in going nowhere. Est. 2009.